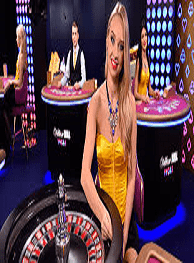 William Hill are one of the most recognisable names in the UK gambling industry. They are synonymous with some of the nation's favourite sports events which, alongside their large high-street presence, makes them almost unmissable. In recent times they have had to follow the unavoidable move online, where they have continued to be one of the industries major forces.

Despite being better known for their involvement in sports such as horse racing and darts, they have built an enviable casino proposition over the years. This is in no small part due to their partnership with Playtech - one of the top game providers in the business. Throughout this review we will arm you with all the information you need to make an informed decision about William Hill, and whether it is the right casino for you.

Being one of the big beasts in the industry, it is no surprise that you can find some generous offers here. As well as the expected deposit match promos for new players, they also offer regular free spins to everyone.

Perhaps the stand-out offering is the range of progressive jackpots. From Vegas Millions - which has paid out over £7.5m to 40,000 players - to smaller daily and even hourly jackpots, there are always big wins available.

As previously mentioned, William Hill casino has a close partnership with Playtech, having purchased part of the company back in 2008. In addition to this tie-up, players can also benefit from a selection of games provided by Evolution gaming. Both of these providers are considered to be amongst the best-respected in the industry, so you should have no problem finding your favourite games.

In 2016, the operator also acquired software developer Grand Parade. This has further increased the number of new and exclusive games available to players.

With almost 40 payment options, you will find more banking methods than you could ever truly need. As well as Visa and Mastercard, players can also make use of popular eWallets Neteller, Skrill and PayPal.

It is worth noting that some of these options have heavier deposit restrictions than others. Players using Paysafe, for example, can only deposit £250 at once.

The company is licensed by the UK Gambling Commission, for players based in the United Kingdom, and the Gibraltar Government for all other players.

Whilst William Hill is sometimes accused of being old school, given their offline heritage, it is making big efforts to keep up with newer digital competitors. This is made apparent by the fact they moved to purchase part of Playtech.

Rather than being negative, we view their history and sheer scale as a positive. This means they are both highly regulated and able to offer players a range of regular promotions. Therefore, we don't see any reason why you shouldn't want to play at William Hill Casino.